2. What is meant by homeostasis?

4. How does the plasma membrane help maintain homeostasis?

5. Give 7 functions of the plasma membrane.

6. What is meant by the term selectively permeable?

7. What are cell junctions? 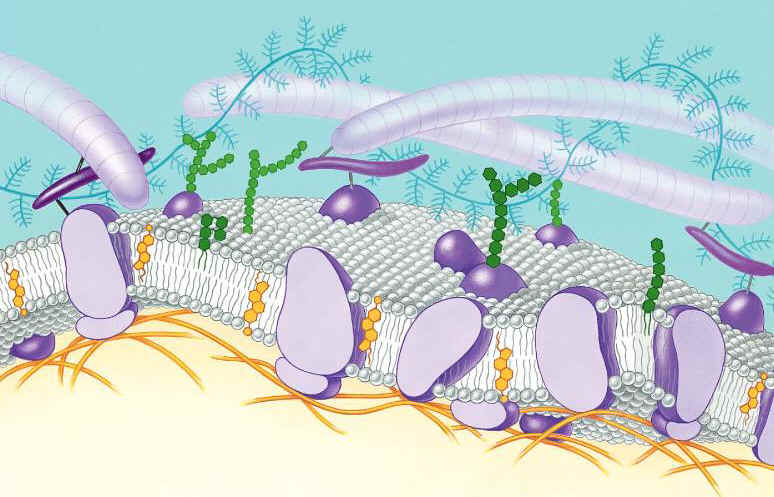 11. Are phospholipids heads polar or nonpolar? the tails?

12. How many fatty acid chains are in a phospholipid?

13. Describe the heads of a phospholipid.

15. Why is the cell membrane said to act like a fluid?

16. What causes the mosaic pattern of the cell membrane when viewed from above?

20. List 3 substances that pass easily through the cell membrane.

24.Why is diffusion considered a passive process?

26.  Explain what happens to a drop of food coloring put into a beaker of water.

33. Sketch a picture of a cell in an isotonic environment & show the direction of water movement?

34. What is meant by NO NET movement?

35. Sketch a picture of a cell in an Hypotonic environment & show the direction of water movement?

36. Sketch a picture of a cell in an hypertonic environment & show the direction of water movement?

40. Explain what happens to a red blood cell placed in:

b. a concentrated salt solution 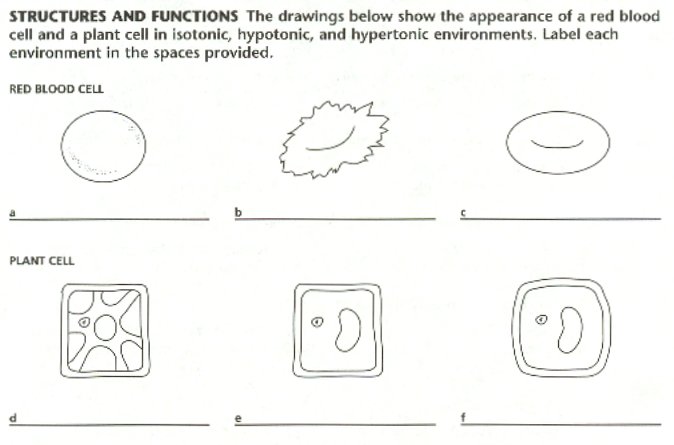 43. Describe these 3 types of movement across cell membranes.

45. Give 2 examples of passive transport in cells.

48. Name 2 materials that move into or out of cells by facilitated diffusion.

51. How do carrier proteins help move materials across a cell membrane?

53. Do all carrier proteins extend across the cell membrane?

54. Explain how these carrier proteins move materials across the membrane.

55. Some carrier proteins can change ________ to move materials across the cell membrane.

66. How does cholesterol get into a cell?