Life Cycle of Chlamydomonas
Copyright © by Holt, Rinehart and Winston 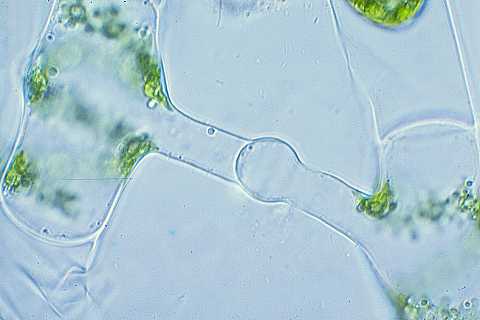 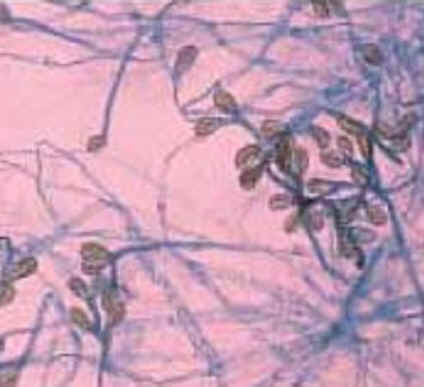 Procedure Using a sterile loop, pick an isolated colony from you bacterial plate. Try to find one that grew well but is all by itself. Move the colony (don’t scoop up the agar) to a new plate. Using a moist, sterile, cotton swab, spread the bacteria around on the plate.

The goal is to get an complete, even, coverage of bacterial growth on the plate (called a “lawn”). Remember to open the plate only minimally, using the lid as an “umbrella” to prevent contamination (see image below). Label each plate on the bottom (agar contaning side) and store it for examination during next week’s lab.Each new prepared plate will receive four paper discs containing antibiotics. We will be using several different types of Antibiotics and/or antimicrobials.

(please fill in which antibiotics you used below)

The antibiotic discs come in a little tube-like dispenser. To remove the discs take a sterile toothpick

and push out a disc into your plate. Use the toothpick to gently press the disc onto the agar. Once you have added the five antibiotic discs to your plates, make sure the plates are labelled and store them in the back of the lab until next week.

If the bacteria are susceptible to the antibiotic a zone of inhibited growth will be evident next week. Measuring the size of this zone is a relative indication of the effect of the antibiotic on the particular bacteria.

Bacteria possess several characteristics that enable them to become resistant to antimicrobial drugs:

Some Information on Antibiotics

2. Name two reasons your Physician will perform cultures such as the ones you have done in this lab.

4. How are materials are collected for cultures?

5. Why is neccesary to use sterile technique when obtaining cultures?

3. Discuss where bacteria can be found.

4. Ribosomal differences have put bacteria into what two kingdoms? Which is the older group?

5. What is absent in the cell wall of Archaebacteria? Describe this substance.

6. Describe the environments in which you would find Archaebacteria.

8. Most bacteria are found in what kingdom?

10. Are Eubacteria aerobic or anaerobic? Explain.

11. Eubacteria may be heterotrophic or photosynthetic. Explain what this means & give an example of each type.

12. What type of staining is used to group Eubacteria?

13. Describe the appearance of gram-positive and gram-negative bacteria under a microscope.

14. Explain why Eubacteria do not all stain the same color during Gram staining.

17. How are heterocysts helpful to cyanobacteria?

19. Explain the role of cyanobacteria in eutrophication.

21. Streptococci bacteria causing strep throat are in what group?

22. Why are actinomycete bacteria important?

24.Name a genus of nitrogen-fixing bacteria found on the roots of soybeans in our area.

25. Name the three main parts of all bacteria.

26. Describe the cell wall of bacteria. How does this differ from a plant cell wall?

27. Compare & contrast the cell membrane of Eubacteria with that of other eukaryotes.

28.Are Gram positive or negative bacteria more protected against antibiotics & why?

29. Where does cell respiration take place in eukaryotes? in bacteria?

30. Describe how the cell membrane of photosynthetic bacteria are adapted for this process. Where does this process take place in plants?

31. Compare & contrast the cytoplasm of bacteria with that of eukaryotes.

32. Describe the DNA (hereditary material) found in bacteria. Make a sketch of what you think this would look like.

33. Where is the capsule of a bacteria, what is it made of, and give two ways it helps a bacterium?

34. Where is the glycoclayx of a bacteria, what is it made of, and how does it help a bacterium?

35. How do pili help the bacteria that have them?

36. How do Gram positive bacteria protect themselves against harsh environments?

39. Distinguish among these three bacteria & give an example of each — obligate anaerobes, facultative anaerobes, & obligate aerobes.

41. What does a pathologist do for a living?

43. Besides injuring the body by releasing toxins, how else do bacteria hurt the body?

49. Name a bacterium that can cause disease whenever it gets into deep wounds.

50. Name a bacterium that is transmitted by coughing & infects the lungs.

51. Describe, in detail, how bacteria can be useful to humans.